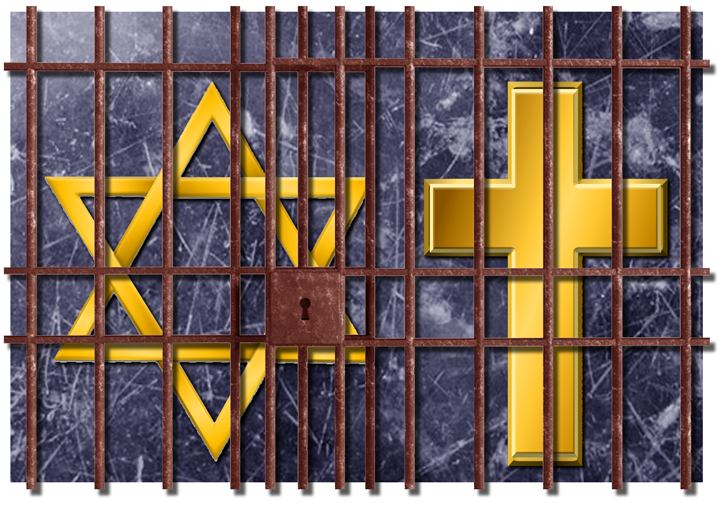 Activist Tim Wise spoke at Harvard University’s annual “diversity” conference despite having said that Christians and Jews who believe the Bible “deserve to be locked up” due to an alleged “utter inability to deal with reality.” He later claimed to be “sorta kidding but not by much.” People of faith also should be “politically destroyed” and “deserve to be mocked viciously and run out of the public square,” he said.

The anti-Christian, anti-Semitic bigot, who styles himself an “antiracist essayist,” was the keynote speaker on April 25 at an annual “diversity” conference at Harvard Faculty of Arts and Sciences. Dubbed “A Decade of Dialogue,” the event, ironically, was supposed to provide “a retrospective look at diversity and inclusion, a discussion of current issues, and practical guidance on how we can move toward greater inclusion and belonging at Harvard.”

Presumably that “inclusion” does not apply to Christians, Jews, or even Muslims. Indeed, Wise — a straight white male, as The College Fix observed — has a long history of publicly expressing vitriolic hatred against people of faith. Harvard, however, described him as “a prominent anti-racism writer, educator, and activist.”

Consider some comments he made in 2015. “This is America…people basing their beliefs on the fable of Noah and Ark, or their interpretation of Sodom and Gomorrah…rather than science or logic…If you are basing your morality on a fairy tale written thousands of years ago, you deserve to be locked up…detained for your utter inability to deal with reality,” he said, with the ellipses all included in the original post.

“NO, we are not obligated to indulge your irrationality in the name of your religious freedom,” Wise continued. “But we will provide you a very comfortable room, against which walls you may hurl yourself hourly if your choose. Knock yourself out….seriously, knock yourself out, completely, for weeks at a time.”

After spewing his venom, he added, “I’m sorta kidding but not by much.” Then he proceeded to disgorge even more hatred. “I do think they have to be politically destroyed, utterly rendered helpless to the cause of pluralism and democracy,” he said. “They have no right to impose their bullshit on others. They can either change, or shut the hell up, or practice their special brand of crazy in their homes…or go away.”

He also made clear that he hates Muslims and other people of faith, too. “And this argument applies to any fundamentalist religionist of any faith who thinks they have a right to impose their beliefs on a secular, pluralistic society,” he said. “Go away.” It was not immediately clear why he felt entitled to impose his moral beliefs on society, or what his source of moral beliefs actually is.

Keep in mind that this anti-Christian extremist, who regularly and viciously demonizes Christians with terms such as “extremist Jeezoids,” spoke at a university that was literally founded to help spread the Gospel of Christ. Harvard’s original mission statement put it well: “Let every student be plainly instructed, and earnestly pressed to consider well, the main end of his life and studies is to know God and Jesus Christ which is eternal life (John 17:3), and therefore to lay Christ in the bottom, as the only foundation of all sound knowledge and learning.”

The hatred against Christians and biblical morality is getting progressively more extreme, and most of it is due to the so-called “education” system. That Harvard would invite a violently hateful individual like Wise to give a keynote address is merely a sign of the times. And it is getting worse. If the government-sponsored anti-Christian indoctrination continues, the unhinged hate will increasingly move from rhetoric to action. Christians must be prepared.