Bill Lockwood: The Evil of Socialism 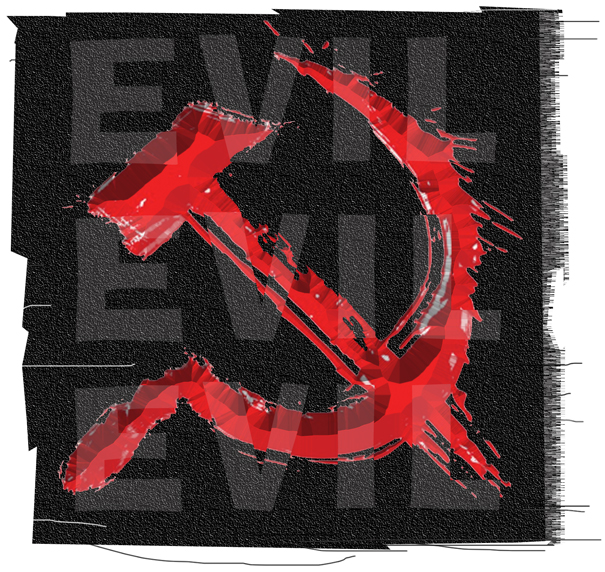 Socialism in its original form was defined as “government ownership of the means of production.” This is why the Soviet Union confiscated all business, factories, and farms while murdering millions of dissenters and resistors in the process.  However, aside from that classical definition, socialism has always referred to the redistribution of income and properties in the pursuit of equality—whether through the progressive income tax or various institutions of the welfare state.

Our Founding Fathers were well aware of socialistic redistribution and the collectivist drift toward the left by growing government. They all warned against it as an evil that burdens society. Samuel Adams, for example, pointed out that the founders had done everything in their power to make socialism unconstitutional.

The Utopian schemes of leveling [re-distribution of wealth] and a community of goods [central ownership of the means of production and distribution], are as visionary and impractical as those which vest all property in the Crown. [These ideas] are arbitrary, despotic, and, in our government, unconstitutional.

Thomas Jefferson warned against our modern welfare state. “If we can prevent the government from wasting the labors of the people, under the pretense of taking care of them, they must become happy.” Jefferson rightly pointed out the immorality of it simply in the fact that it is unjust for one generation to pass on the results of its extravagance in the form of debt to the next generation. Our current debt of about $20 trillion is almost entirely owing to our socialistic quagmire of government taking care of people.

Jefferson added, “…we shall all consider ourselves unauthorized to saddle posterity with our debts, and morally bound to pay them ourselves; and consequently within what may be deemed the period of a generation, or the life [expectancy] of the majority.” Plainly, to pass on debt to the next generation, which is part and parcel of socialism, is itself immoral.

In Jefferson’s second inaugural address in 1805, he observed that the redistribution of wealth was a violation of the basic and fundamental right of mankind. “Our wish … is that the public efforts may be directed honestly to the public good,…equality of rights maintained, and that state of property, equal or unequal, which results to every man from his own industry or that of his fathers.”

In other words, there never will be financial equality among members of a society because wealth and the accumulation of goods is the direct result of one’s own industry—or that of his fathers, as Jefferson put it.

He went on to point out that:

to take from one because it is thought that his own industry and that of his fathers has acquired too much, in order to spare to others who, or whose fathers, have not exercised equal industry and skill, is to violate arbitrarily the first principle of association—the guarantee to everyone of a free exercise of his industry, and the fruits acquired by it.

Such things as the income tax and the infamous “death tax” come to mind as examples of violations which the sage of Monticello had in mind.

Benjamin Franklin wrote on this topic at length. He told one of his friends in England why America would not adopt a welfare state. “I have long been of your opinion, that your legal provision for the poor is a very great evil, operating as it does to the encouragement of idleness. We have followed your example, and begin now to see our error, and I hope, shall reform it.”

Providing the means to increase immoral actions; breeding debilitating dependency; blunting the desire or necessity to work; smothering the instinct to excel—sadly, this is an apt description of America today. Such is the destructive nature of socialism. Franklin added:

To relieve the misfortunes of our fellow creatures is concurring with the Deity; it is godlike; but, if we provide encouragement for laziness, and supports for folly, may we not be found fighting against the order of God and Nature, which perhaps has appointed want and misery as the proper punishments for, and cautions against, as well as necessary consequences of, idleness and extravagance? Whenever we attempt to amend the scheme of Providence, and to interfere with the government of the world, we had need be very circumspect, lest we do more harm than good.

Would that America had paid closer attention, not only to the advice from our founders, but to the structure and prohibitions of the law of the land—the Constitution—which made wealth redistribution illegal. But who studies the Constitution today? Certainly very little in public schools, if at all. And who reads the founders any more?